Simple to setup and use. Flexible and powerful to engage your members. 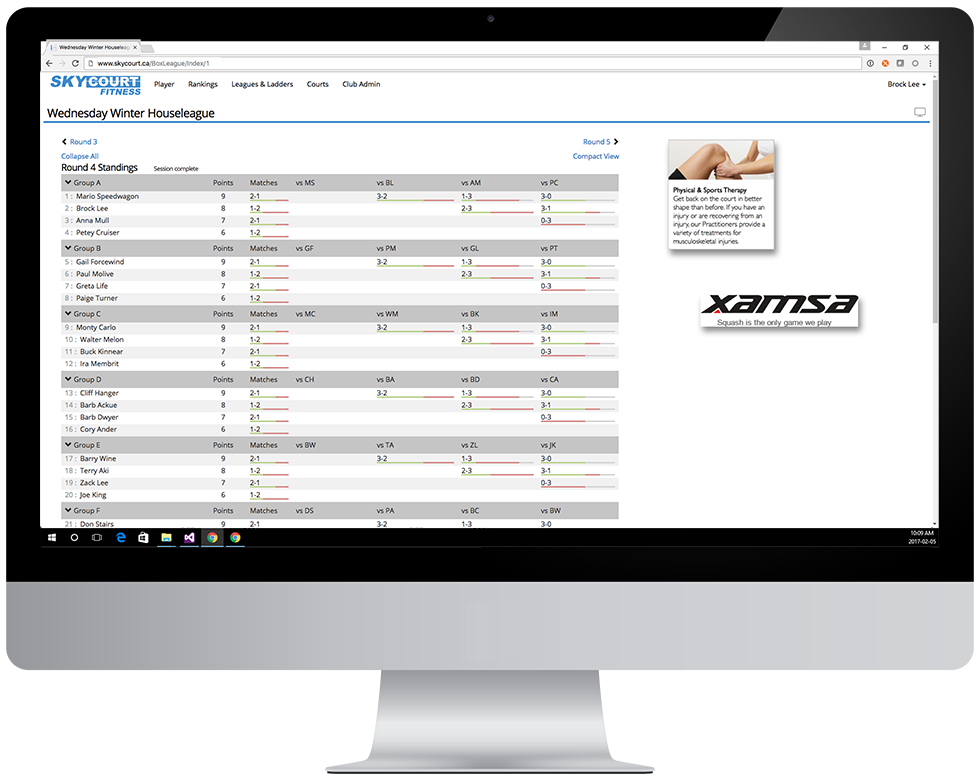 What is a Box Ladder?

A box ladder is a perpetual "league" that provides your members with a set of opponents, of similar skill, to play in a given period of time. They are sometimes called a Box League.

For instance, a typical box ladder contains a set of boxes with 5 players in each box and gives the players 1 month to play their matches. Each player then plays each of the other 4 players in their box within that month. At the end of the month, the scores are tallied and the top 2 players move up to a box, while the bottom 2 players move down a box.

A box ladder is a great offering from a club because it is simple to run for the club and provides a great way for members to find players of similar skill to play.

A box ladder can be setup for any of SkyCourt's supported sports, such as Squash, Doubles Squash, Tennis (singles or doubles), Badminton, Pickleball and more.

Looking for a different type of league?

SkyCourt has many types of leagues. Each league type can be setup for any of SkyCourt's supported sports, such as Squash, Doubles Squash, Tennis (singles or doubles), Badminton, Pickelball and more.